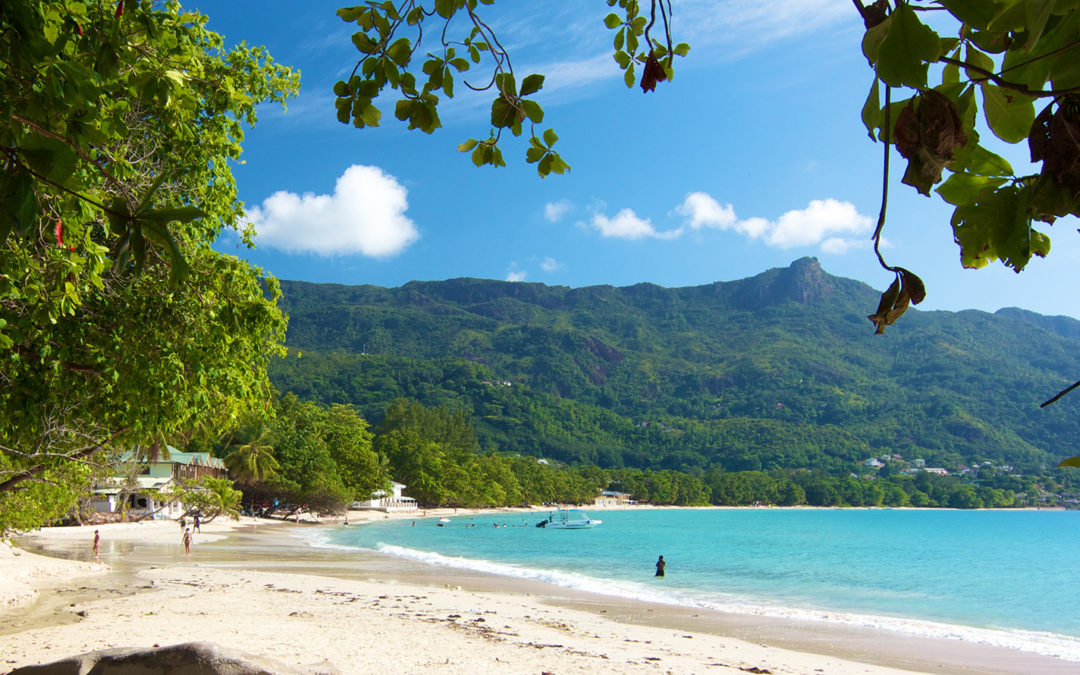 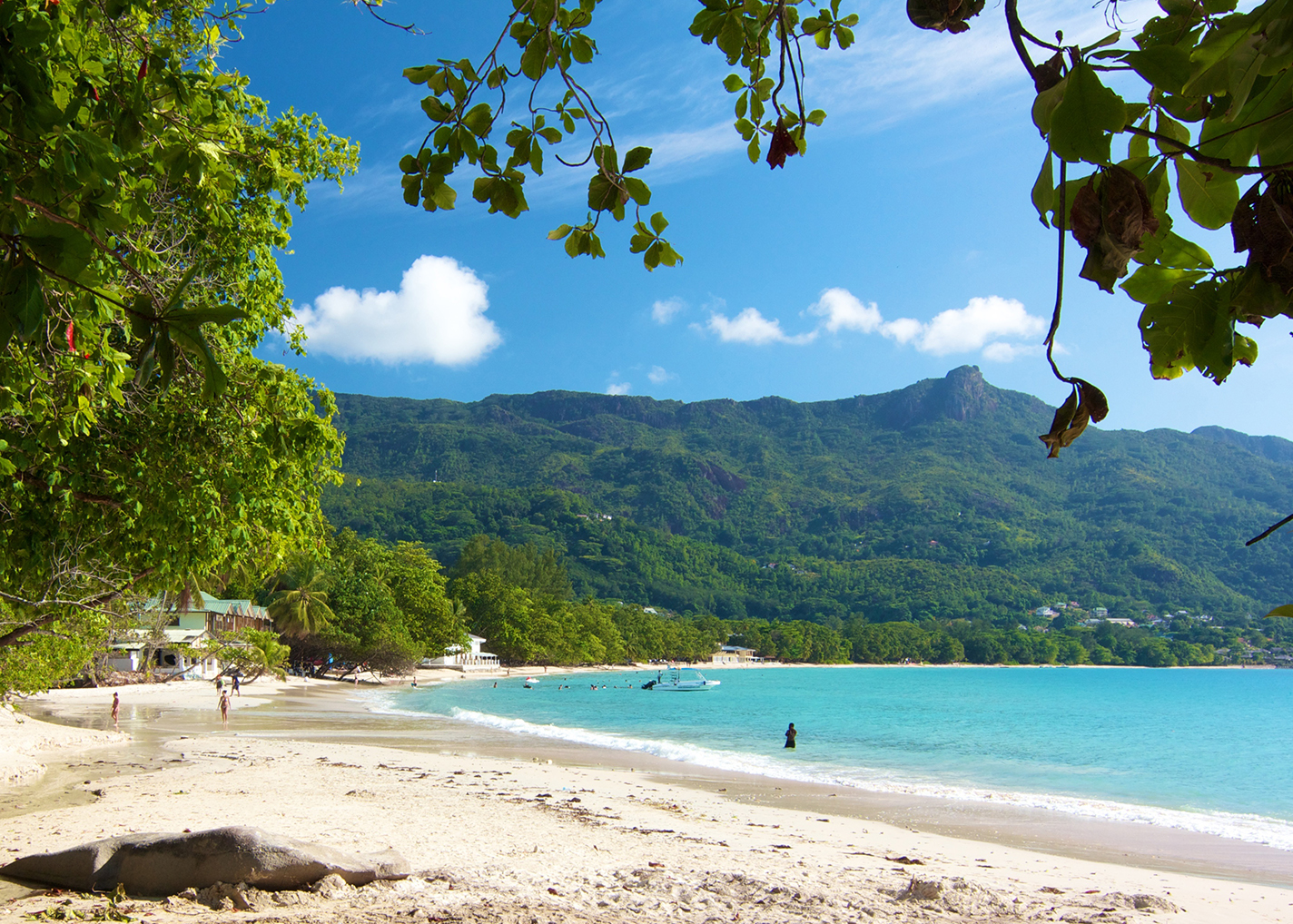 Marooned around 1,500km away from the east coast of Africa and surrounded by the vastness of the Indian Ocean, not many places in the world can compete with the Seychelles when it comes to beaches. And of the 115 islands that make up this beautiful archipelago, some of the very finest can be found on Mahé.

So from tiny coves where you’ll barely see another soul to broad strips of sand bustling with life, we’ve run the rule over some of the very best beaches Mahé has to offer.

The secret to Anse Major’s success lies in its remoteness – you have to leave your car an hour’s trek away, which puts off all but the most dedicated of sand-seekers. As a result, if you set off first thing in the morning, after a hot hike through the Morne Seychellois National Park, you can end up feeling decidedly castaway-esque as you explore the lagoon or gaze out onto the azure waters.

There are no long hikes required to get to Beau Vallon. One of the bigger, busier (by Seychelles standards) beaches in Mahé, convenience is the order of the day here. It’s got some great facilities to hand, from dining options at one of the handful of hotels that line it, to the market that pops up here on Wednesdays and Saturdays where you can pick up a souvenir or two.

The nearest beach to Sea Monkey is also, if we say so ourselves, one of the island’s best. A small golden sand cove flanked by prehistoric-looking granite boulders and backed by swaying palms and banana trees, it’s pretty much the archetypal, picture-postcard Mahé beach.

The waters are shallow and warm, while just a little off-shore the snorkelling is excellent, and there’s even a resident pod of dolphins to keep an eye out for. In spite of that, you often find the only other things you’ll be sharing the beach with are a couple of fishing boats pulled up on the sand.

After a short but very beautiful drive following the North Coast Road on from Machabée and curling round the northern-most tip of the island you come to Sunset Beach.

It can get busy with guests from the hotel of the same name, but it’s a good place for families with small children, as the waters are shallow and calm all year round. Facing out due west, it’s also a popular spot for couples to sit on the sand and watch the sun melt into the ocean.

This languid curve of sand in the southwest of the island is not the quietest beach in Mahé. But with shallow waters that can be as placid as a pond, more than enough space to go round and some handy amenities nearby, it’s still a great bet for families and snorkelers. It’s also another spot where the sunsets are nothing short of spectacular.

Right down to the south of the island, Anse Intendance is one of the wildest beaches in Mahé.

There’s no reef to shield the bay from the rolling waves here, so it bottoms out quickly and can get rough. As a result, it attracts surfers and bodyboarders from June-September (swimming outside of these months is banned) who come for the decent-sized waves and beach breaks.

If all that sounds a little bit too much like hard work you can just lie back on the sand, admire the stunning surroundings and listen to the sound of the surf crashing on the sand. Bliss.

Anse Soleil is one of those rarest of things, blending as it does both style and substance. Not only is it beautiful, with its topaz waters fringed by sleepily waving palms, but it’s also one of the very best snorkelling beaches in the Seychelles.

The best snorkelling is to be found out over the reef to the west of the bay, where a dazzling array of marine life – from angelfish to rays and whizzing wrasse – congregate over the vibrantly coloured coral beds.

As the name would suggest, Grand Anse is a longer, broader strip of sand than the typically smaller coves that make up this pick of best beaches in Mahé. Swimming-wise, it’s on the wilder side, too, with larger than average waves and a rapid drop-off into deep waters from the shore.

A little further southwards down the coast from Grand Anse, access to this beautiful small cove is gained through the Four Seasons resort; non-guests need to park up outside and set off on foot down the hill to get here. It’s well worth the effort, though. Rising to rocky cliffs at one end and with dramatic views back up the coast at the other, it’s a spectacular spot, even by Mahé standards.

Despite backing on to a small boutique hotel and a smattering of surrounding villas, Carana Beach is another of the quiet coves typical of the north of the island. All the other ingredients for a beautiful Mahé beach are in place, too, from the whitest of white sands dotted with monolithic boulders to the startlingly turquoise waters that look for all the world like they’ve been touched up by a skilled photo editor’s hand.

Distance from Sea Monkey: walking distance – less than a km away.

This is really just a small selection of the beaches in Mahé, as there are almost too many fine examples to count. If you’d like to find out more about snorkelling and diving on the island, we’ve also pulled together some recommendations here.